To promote the ideals of academic achievement, character, service and leadership among elementary and secondary school students.

Character: preparing young people for life and empowering them to be successful

Leadership: developing the leaders of tomorrow

Service: demonstrating our motto "Let Us Lead by Serving Others"

Here's what students will receive from The National Beta Club as part of his/her national fee:

Membership dues are as follows:

****National Beta Club fees were updated on September 1, 2022 and are reflected above.

Time and Place of Meetings

The purpose of this organization shall be the promotion of scholarship, leadership, and good citizenship at Topeka Tilton Attendance Center.

Standards of membership in the Topeka Tilton Attendance Center of the National Junior Beta Club must conform to the general features as laid down in the National Constitution and in all cases must be approved by the officers. Standards for membership (prior to initiation and during membership) must address three areas: Academic, Character, and Leadership. The grades from which the members may be drawn shall be the fourth through the eighth. The Academic/scholastic requirements for membership in this chapter of the National Jr. Beta Club shall be as follows: Students must maintain an 85 average in all reading/language arts, math, and science as well as remain in good standing behavior wise.  Grades will be checked at the end of each nine weeks.  Students who fall below the 85 average may be placed on probation for one nine week period. At the end of the following nine weeks, if the grades have not improved to 85 or above, the student will be dismissed. The Character standard for membership will require that all prospective members must demonstrate a history of good character in and out of school. Behavioral requirements will be students must have no disciplinary write-ups or office/bus referrals. Once the students are inducted as members, they must maintain a credible record of good character both in and out of school. The prospective member must not have been convicted of the commission of any act classified as a misdemeanor or felony by the State Code of Mississippi or the United States Code. A prospective member and current members shall not hold any disciplinary referrals to the Topeka Tilton Attendance School Office. Repeat offenders of school violation may be brought before the officers for possible denial of admission, punishment, probation, and/or dismissal. The Leadership standard for membership will require that members must actively participate in the service projects, meetings, events, and any activity sponsored by the Topeka Tilton Attendance Center Chapter of the Jr. Beta Club.

Standards of membership in the Topeka Tilton Attendance Center Chapter of the National Jr. Beta Club must conform to the general features laid down in the National Constitution and in all cases must be approved by the executive head of the school.

A member of this Chapter of the National Jr. beta Club will be placed on probation if his/her grade point average, for the previous nine weeks of school, falls below an 85 in the core classes as defined above in Article III. The member must bring his/her GPA back up to an 85 in the core classes during the current semester. During the probationary period, members may participate in all club activities and benefits. Once students are inducted as members, they must maintain a credible record of good character both in and out of school. The members must not have been convicted of the commission of any act classified as a misdemeanor or felony by the State Code of Mississippi or the United States Code. Current members shall not hold any disciplinary referrals to the Topeka Tilton Attendance Center School office. Repeat offenders of school violations may be brought before the Jr. Beta officers for possible punishment, probation, and/or dismissal.

As soon as possible after its activation in the Fall term of the school year, the Chapter will undertake a program of service which will be of benefit to the school and community. The project shall be decided upon only after consultation with, and upon approval of, the Principal, sponsors, and officers.

The local dues of this Chapter of the National Jr. Beta Club shall be $15 dollars per year. New inductees will pay $25 dollars to include one-time National Membership fee, pin, and certificate.

The By-Laws of this Chapter of the National Jr. Beta Club may be amended by the officers who will present the possible changes to the club. The club must have a majority vote at a regular meeting to approve the changes. The By-Laws will be reviewed yearly to determine if amendments are necessary. A quorum must be present at a meeting in order for a vote to be extended to the members present.

A quorum of the membership shall be constituted by a majority, to exceed 50%, of the membership. No action may be taken which is binding upon the membership unless a quorum is present. However, certain matters, such as a discussion of means of taking in new members, the presentation of a program, etc., may be carried on a regular or special meeting without a quorum being present.

The officers of this National Junior Beta club chapter will be President, Vice-President, Secretary, Treasurer, and one grade level officer/representative per grade. President: The president will be responsible for assisting in conducting monthly meetings, as well as the new member induction, along with other leadership responsibilities requested of him/her throughout the year by the Beta Sponsor.  The president’s effectiveness will be measured by his/her ability—by voice, demeanor, and stage presence—to keep order and to so conduct himself/herself that fellow members are willing to abide by his/her decisions and directions. The president should be an 8th grade student. Vice-President:  The vice-president will be responsible for assisting the president in all aspects of running the Beta Club.  This person will be responsible for taking role at each Beta meeting.  The person is responsible for researching and creating a “history” for TTAC Beta beginning with its inception over 50 years ago. The vice-president should be a 7th grade student. Secretary:  The secretary should be detailed-oriented and willing to keep excellent records of membership along with detailed notes from monthly meetings.  These notes will be kept organized in a binder and returned to the club sponsor at the end of each year. The secretary will correspond with the 6th grade representative to assist in making sure all media submissions are complete and accurate. Secretary is open to any grade 6-8th. Treasurer:  The treasurer will be responsible for reporting the balances in the club account at each club meeting throughout the year.  This person will also be responsible for collecting service project logs and tallying of service hours for our club.  This person will assist the Beta sponsor in loading service hours in the Beta website. Treasurer is open to any grade 6-8th. 8th Grade Representative-Fundraising:  The responsibility of fundraising falls on the 8th grade representative.  This person will assist the sponsor with finding fundraisers that are successful, completing paper work, and counting money as it is turned in.  The deposited amount into the beta account will be given to the Treasurer to record.  7th Grade Representative-Service Projects:  The responsibility of service projects falls on the 7th grade representative.  This person will find, create, and help implement service projects.  They will be assisted by the President and beta sponsor. 6th Grade Representative-Communications:  This representative will arrange for publicity for any activities or special features of the club.  This person will take pictures and write a short story, then email them to Mrs. Christy Turner to submit in the local newspaper. 5th Grade Representative-Elementary Leader: 4th Grade Representative-Elementary Leader: This representative will be the leader and spokesperson for the 4th grade. The representative will take attendance at each meeting. This person will attend officer meetings on behalf of their fellow 4th grade Beta members. Officer election will be by secret ballot and will take place during the Fall semester of the service year. Students will be given officer applications during the fall meeting. Students may choose to run for up to two positions if they meet the criteria above.  If elected to both offices, student will be given the higher office. 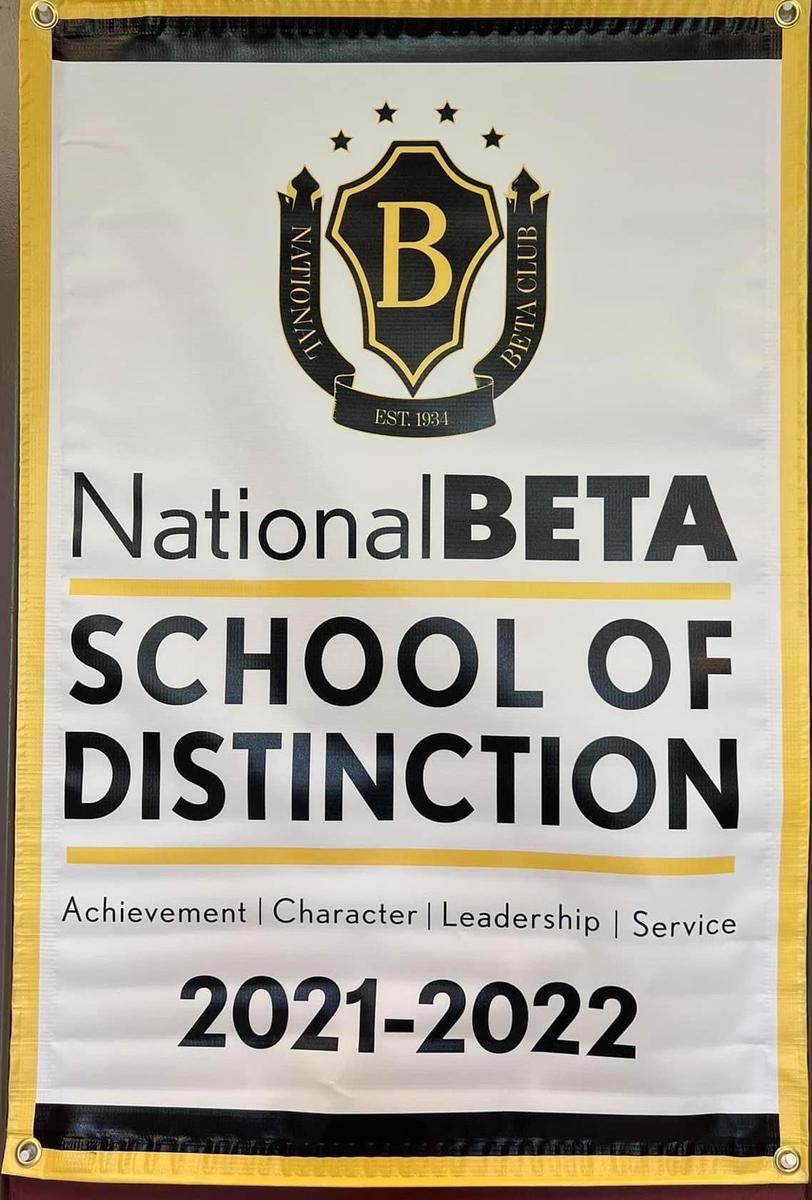 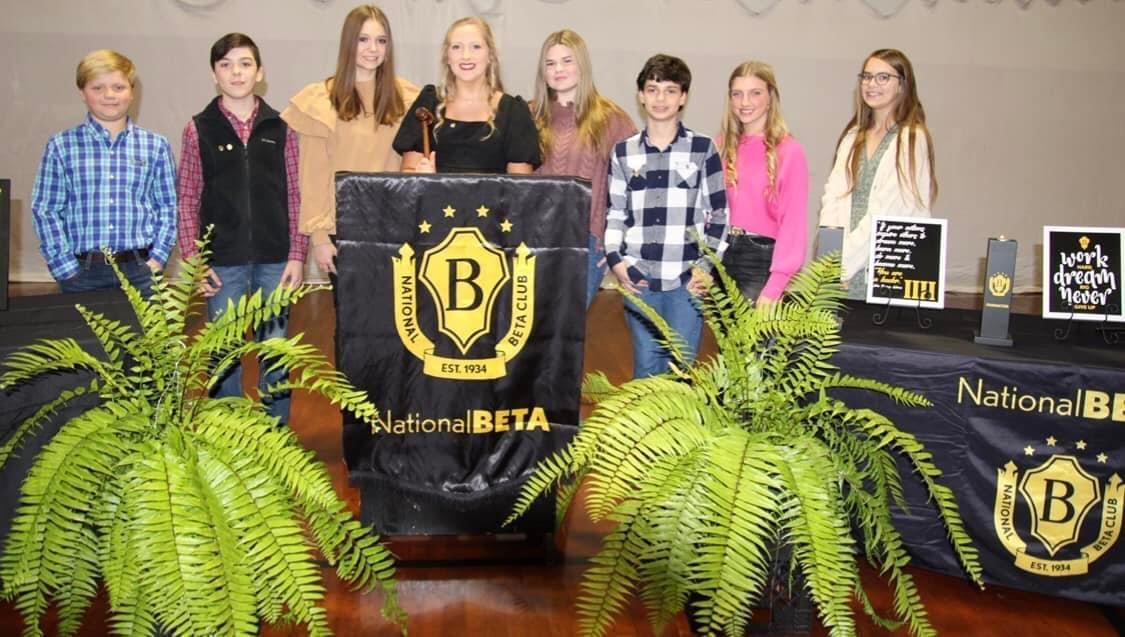 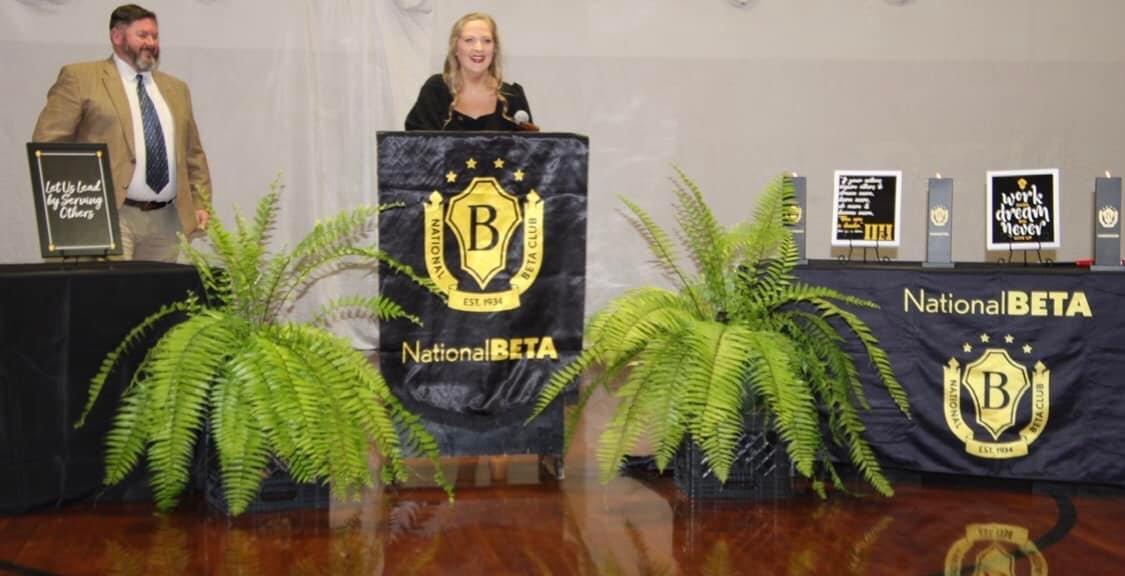 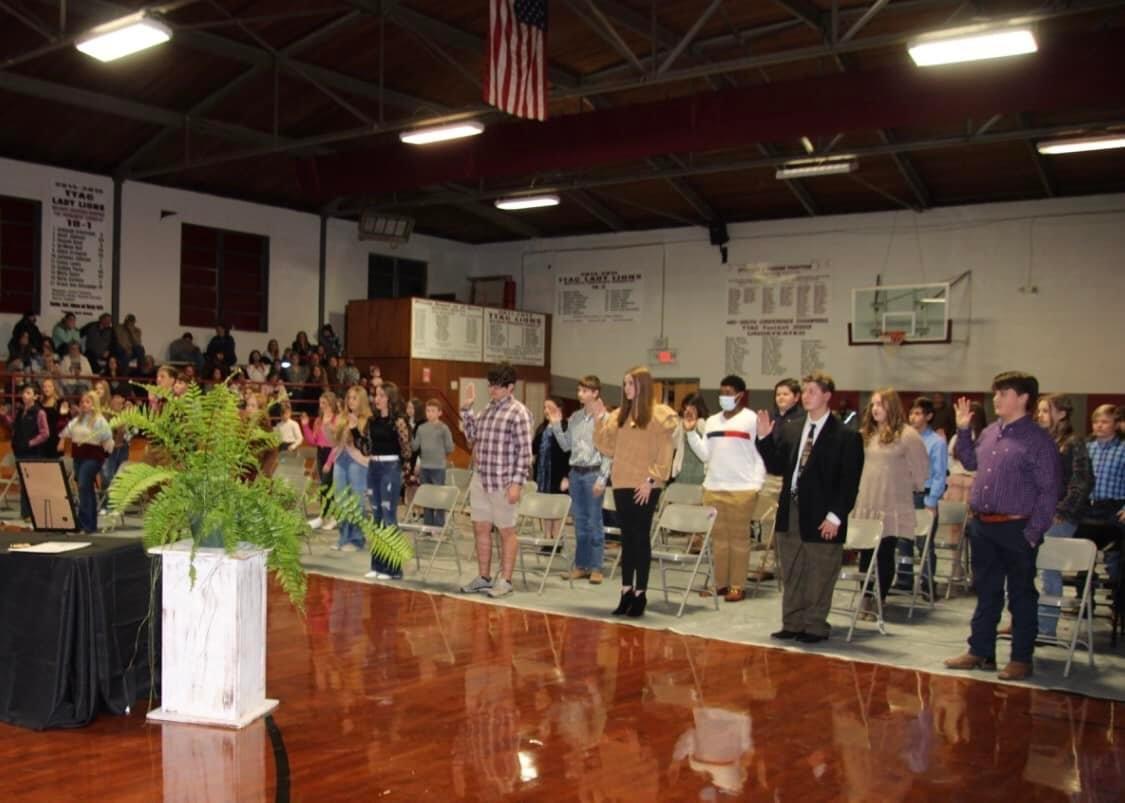 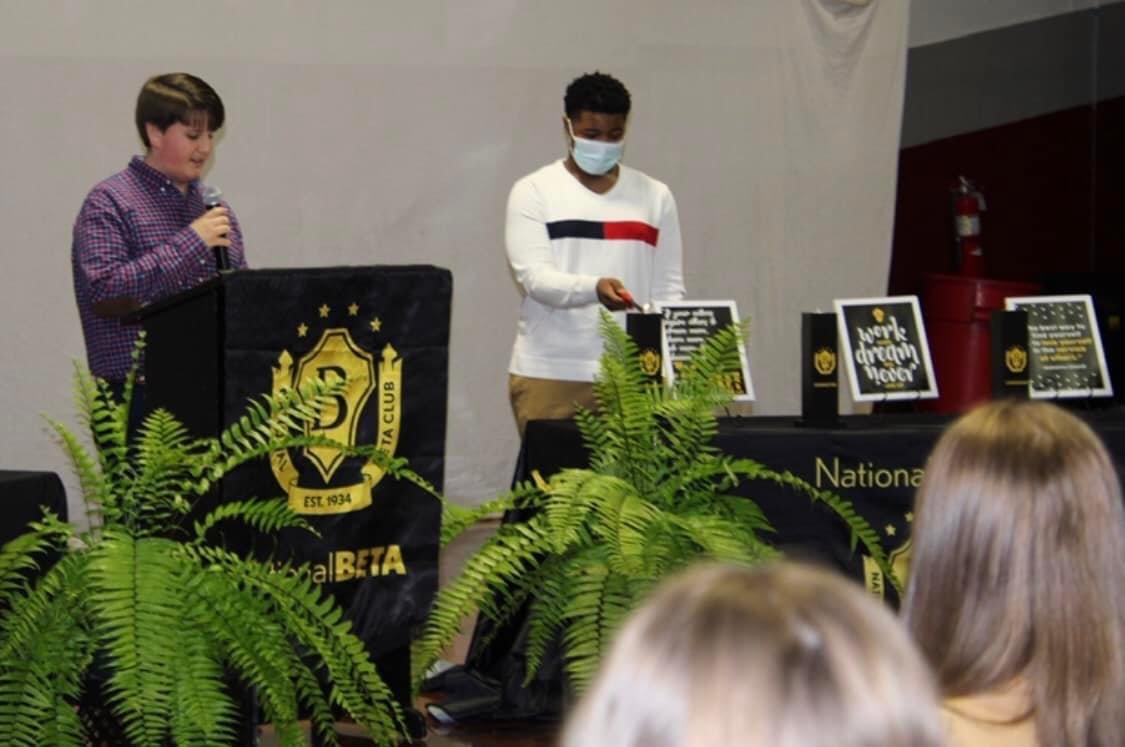